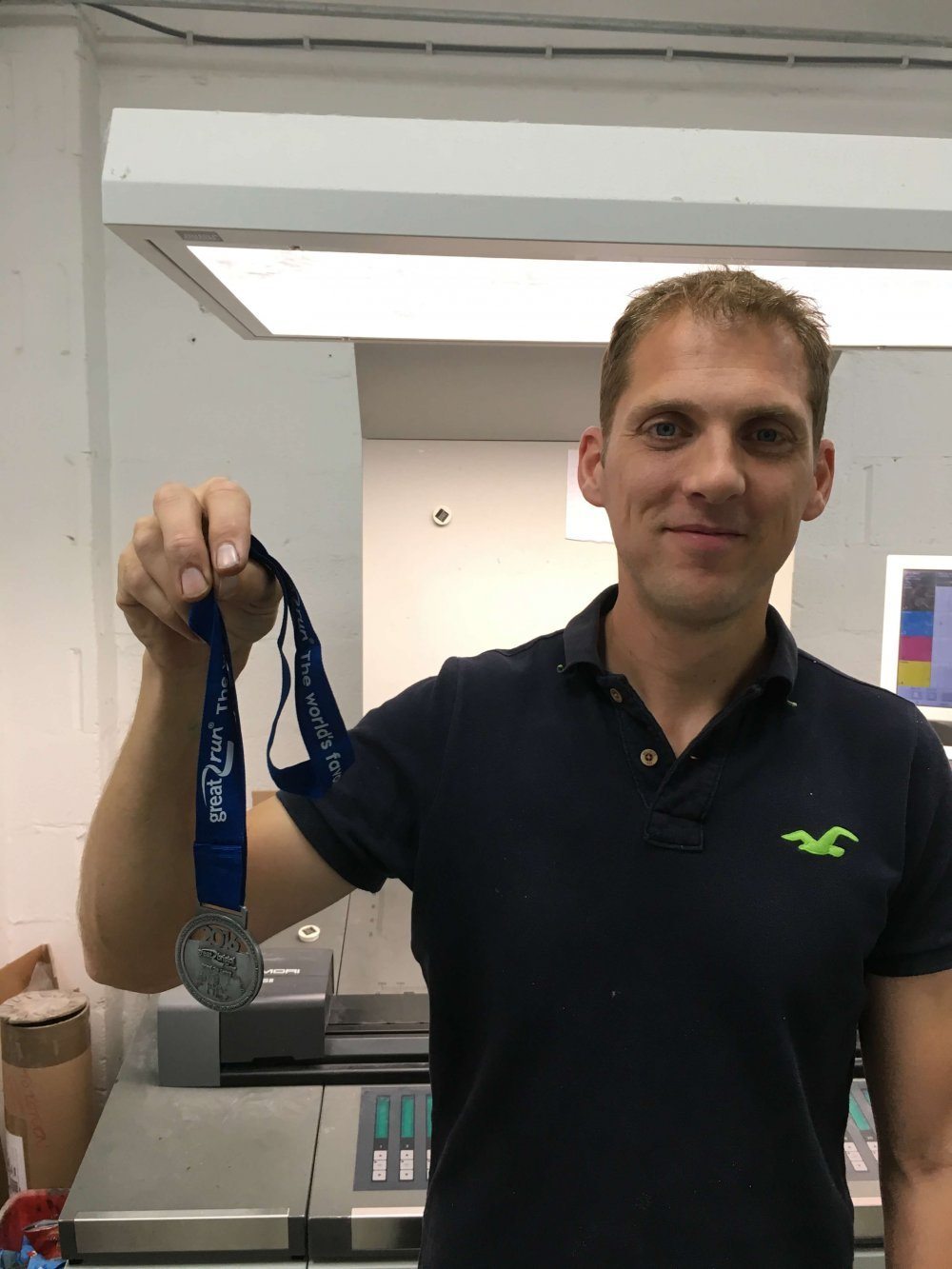 Press minder Chris Millard has just completed the Bristol Half Marathon in a time of 1 hour 40 mins and raised over £600 for the charity Multiple Sclerosis Society.

He has been training for months fitting the runs around his shifts as often as he could. The regular training runs consisted of distances between 3-6 miles. “The race went well and I started off steadily and the plan was to push on after 10 miles, however that is when it go really hard and the last 3 miles were difficult!

Chris is considering a full marathon but after the half is concerned about going around again! Go Chris, you can do it!